Too Good to be True? Tesla’s Plug-in Hybrid Mobile Home 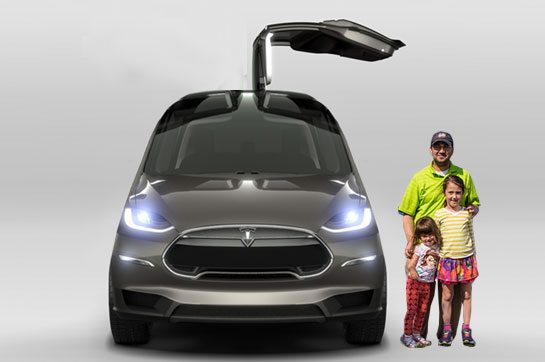 Named for revered scientist and inventor Nikola Tesla, Tesla Motors, along with innovative CEO and designer Elon Musk, is garnering loads of attention lately for its innovations in automotive and energy technology. The company is just 12 years old, yet its electric cars are changing the way we think about personal transportation.

Their vast range, immense power, and sleek styling are making even the biggest skeptics sit up and take notice.

And while the sticker price of a new Tesla is still out of range for most consumers, it’s likely that in coming years, more and more people will find that the cost of an electric car is a sound investment in both personal convenience and the environment. 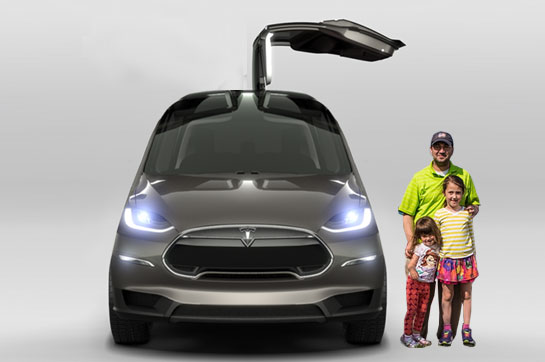 So far Tesla Motors has made available only a few models of sedans.

But what about those of us who want the convenience and sustainability of a technologically advanced electric car in an RV package?

Sounds like a good idea, right? That’s exactly what the editors at Inhabitat, a design and technology blog, thought. Back in April, they ran an article titled, “Tesla Unveils Designs for a Plug-in Mobile Home,” and it got readers excited.

Looking like a beefed up Tesla Model X car, Inhabitat claimed that the Model H would be a fully functional and well appointed mobile home that, like other Tesla vehicles, plugs in rather than fills up. Style-wise, it certainly fit the Tesla mold: lots of curves, streamlined design, and doors that lift up Delorean style. If the idea of a plug-in mobile home sounds like Back to the Future, well, these doors only help to perpetuate that image.

The Model H mobile home, according to Inhabitant’s write-up, plugs in much like other Tesla automobiles. They reported that it would also come with an automated supercharger to charge your car. (Tesla, they thought, is clearly going on the assumption that you’ll have a second Tesla electric car with your mobile home)

As for price, the article continued, the Tesla Model H isn’t cheap by any means, but its price is still competitive as compared to other RVs of its size. Inhabitant published that Tesla was listing the Model H for $120,000 — a price that could, of course, change before it comes to market. 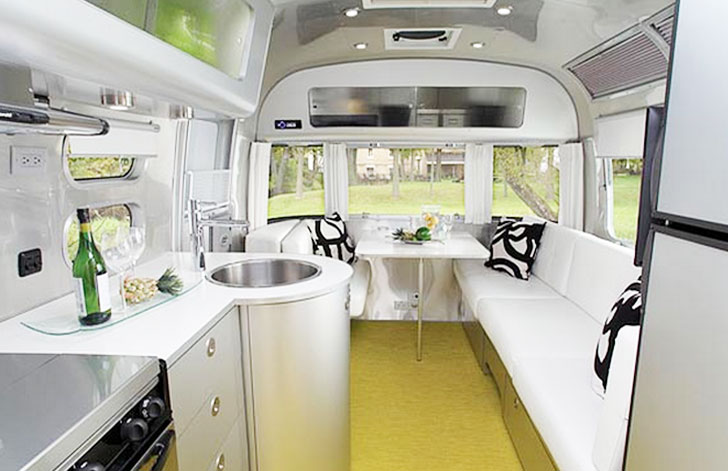 The inside of a new mobile home always offers a big wow factor, and according to the photos included with Inhabitant’s article, the interior of the Model H is no exception. The prototype boasts a crisp white and grey color scheme with curves and angles reminiscent of George Jetson’s home. While it’s hard to say how practical a light-colored mobile home interior is, especially for RVers who take part in lots of outdoor activities, the initial photos of the Model H living space are definitely impressive.

Details printed in the article indicate that there’s room for a family of four to sleep comfortably inside, as well as a kitchen that’s compact yet offers all the features you’d need to cook and clean on the road. The bathroom has a shower with a water saving feature, and the toilet in the Model H is a composting one. (Both of these bathroom features are very much in line with the whole sustainability ethic that Tesla embraces, yet they’re also practical for RVers who spend lots of time in their mobile home.)

And of course, the article added, the Model H has its creature comforts: flat screen TVs, beautiful sitting areas, and even a video monitoring system. Without a doubt, Inhabitant’s post on the Model H got a lot of eco-friendly RVers running for their checkbooks. 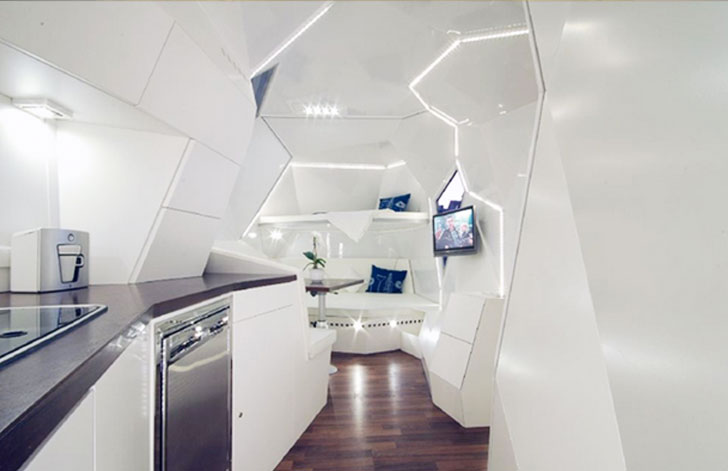 But Wait…Is This Too Good to Be True?

The article about the prototype of the Model H was printed on April 1, which should have been our first clue. Add that to the fact that the Model H isn’t even mentioned on the Tesla Motors website, and the discerning reader will quickly realize that something is definitely amiss here.

Yes, the possibility of a plug-in mobile home had many RVers incredibly excited. Alas, it was all an elaborate — and very believable — April Fool’s joke.

Nice one, Inhabitant! You really hit a nerve and pulled one over on a lot of readers. You even convinced other RV and design blogs to pick up the “story”!

So, we are extremely sorry to report that the Tesla Model H is just a figment of some very creative editor’s imagination. Still, when you think about it, it’s not a bad idea. Why not a plug-in RV? Why not a mobile home that is earth friendly while still affording all of the conveniences, fun, and style of a high end RV?

It may be just a joke for now, but in the future, a plug-in (or even hybrid) mobile home could very well become a reality.

This isn’t over yet, Inhabitant. You got us this time, but you may not get the last laugh.

How To Find RV Parts with AsoboLife

Whether you bought a used RV or a brand new…

Having the right equipment while boondocking can make a world…

We all love a good deal, and when some camping…

Need a change of scenery?

Sign up for our newsletter and receive travel inspiration and tips to make planning your trip a breeze.

Whether you’re considering a "workaction", or wa

Another incredible year of memories, travels, and

There are a lot of reasons to travel on your own!